Robustness Testing for DO-254 Designs

Robustness testing is difficult to achieve because of the lack of controllability on the FPGA inputs during board-level testing. Robustness testing is simplified with DO-254/CTS especially for test cases describing input and clock frequency variations. For the inputs, test cases for interrupted, invalid and unexpected inputs and out of range data bus can easily be implemented in the testbench, hence they can also be implemented and applied to the device during testing because DO-254/CTS utilizes the test vectors generated from simulation. For the clocks, DO-254/CTS provides complete controllability of the oscillators that are used for applying the test vectors, clocking the DUT and capturing the results. The clocks settings and variations are configurable and fully scriptable. The phase of clocks can be shifted with a step of 1/256 of clock's frequency while the input data remains constant. For example, if clock is running at 128MHz, the clock edge position can be shifted against the data with about 30ps step.

For more information regarding how DO-254/CTS can help with robustness testing, see related white paper DO-254: Increasing Verification Coverage by Test. 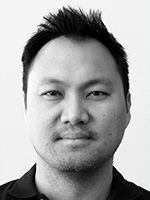 Louie de Luna is responsible for FPGA level in-target testing technology and requirements lifecycle management for DO-254 and other safety-critical industry standards.  He received his B.S. in Computer Engineering from University of Nevada in 2001.  His practical engineering experience includes areas in Acceleration, Emulation, Co-Verification and Prototyping, and he has held a wide range of engineering positions that include FPGA Design Engineer, Applications Engineer, Product Manager and Project Manager.