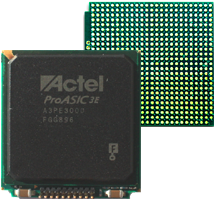 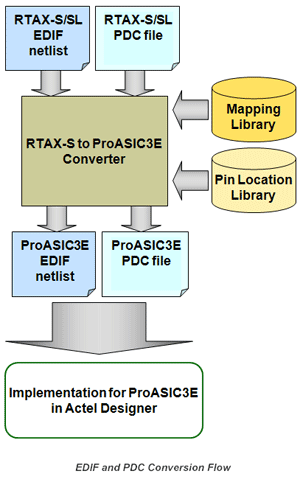 An optional RTAX/RTSX EDIF Netlist Converter software product is available and performs automatic conversion of the RTAX/RTSX EDIF netlist to ProASIC3E EDIF netlist. It replaces primitives and memories taking into the consideration differences between RTAX-S/SL and ProASIC3E architectures.

This RTAX2A3P converter also performs automatic conversion of the PDC constraint files. The RTAX EDIF Netlist Converter compliments the hardware adaptor by allowing for a "seamless" move of RTAX designs to a reprogrammable prototyping platform.